I hate October so much. Just kidding. I love it because I get to wear tights and boots with my summer clothes, and put on fall colors. (Ok, I pretty much do this year-round, even in real life.) Some of my favorite boots from Lassitude & Ennui are the Assassin boots, below. I like them because they have so much panache that a Musketeer would proudly don them. I'm wearing them with a bunch of awesome autumnal stuff that I gleaned from various sims… The beautiful tattoo with stars and candy and stuff is new from ~silentsparrow~, and the hat is new for autumn from Trifoglio. I'm also standing amid a bunch of colorful pumpkins from Schadenfreude! 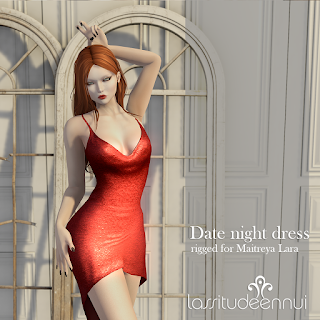 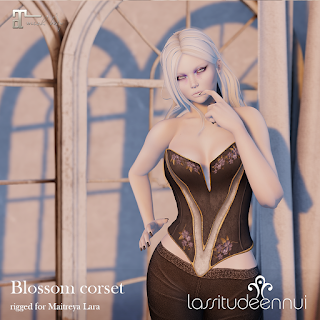