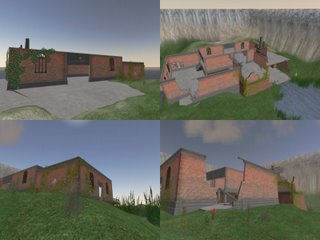 I haven't blogged for more than a week (*gasp*) not only because I was insanely busy in RL, but also because there simply wasn't anything to report. I think the shop is finished now. The snapshot collage above shows it from a few angles. It's actually pretty large but in commercial builds I think it doesn't hurt to have a rather large scale, so people can cam around without obstruction and don't bump into stuff all the time. Initially I wanted to add a roof - a huge glass roof with metal trusses - but it made the space feel too enclosed. So no roof.

I set up the selling boxes on thursday, still have to update all the landmarks and dreading that work .. also no new releases, I hope to get Irina out and the new shop opened somewhen next week. I tried taking pics of Irina but they don't cut out well at all with the fluffy things on the earrings. So I'll have to do that all over again and just take the snaps on a suitable background to keep in the picture.

Wanted to mention this article again: http://www.gamasutra.com/features/20010523/hajba_01.htm since the link didn't work in the coments - I used the technique presented there to do the concrete floor & wall details for the new shop, and it works pretty well. Was more of a disappoinment on the brick texture I initially wanted to use, it's a bit tricky to get just the right amount of color back into the pic.

And now to something completely different .. I treated myself to a huge pile of books a couple of days ago - "Olympos" by Dan Simmon (totally enjoyed "Illium" & looking forward to this one), "The man in the high castle" by P.K.Dick (can't have too much PKD), the Baroque Cycle by Neal Stephenson (all three books in one go, the ladies at the bookshop were quite amused) and, um, "Knife of dreams" by Robert Jordan - yea I occasionally like cheesy fantasy, some people have comfort food, I have comfort books. You can guess which one I started reading right away ;) yes, the last one. The pace of the story is tectonic by now, and the style can get terribly repetitive, but I first read the books when I was 17, and I want to know how it ends!!!

Also discovered some pretty cool music, by Adam Freeland - "We want your soul" is part of the soundtrack of http://www.own-age.com/vids/video.aspx?id=1950 (wicked quake rocket-jumping tricks - the timing on those is inhuman) and totally got me hooked. Now I'm listening to the "Now & Then" album where the song is to be found, upbeat electro with a lot of genre crossovers.

Miriel Enfield said…
The build looks great. I wasn't expecting it to look so peaceful and pleasant. :)

And thanks for the link! I was worried as I started to read it, since my version of PSP doesn't have a High Pass filter, but luckily the author gives instructions for doing it using only Gaussian Blur. (Also, the behavior of the Gaussian Blur filter suddenly makes a lot more sense.)
9/11/2006 7:01 AM 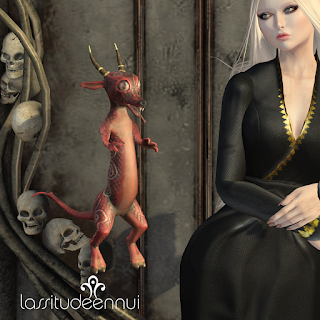 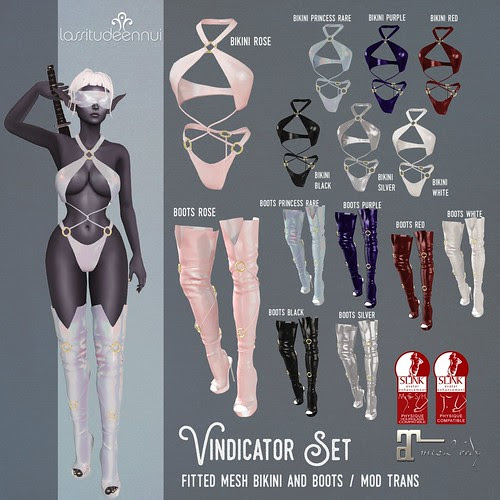